Posted on November 15, 2019 by rrarppe
Posted in Foley | Comments Off on MOBILE SYMPHONY YOUTH ORCHESTRA

Click the Link for the results of the race.

Posted in Foley | Comments Off on 2019 Oyster Run Results

The 27th Annual Foley Rotary Club Oyster Run will be held Saturday, November 9 th at The Park at OWA. This is the largest fundraiser for the Foley Rotary Club with funds raised going to scholarships for graduating Foley High Seniors, Habitat for Humanity, Boy and Girl Scouts, children’s programs at the Snook YMCA, Foley High School Sports, Secret Meals Program, Foley Library, Camp ASCA and many others.

The event consist of a 5k Run/Walk that will begin at 8:00 am and a One Mile Fun Run that will begin at 9:00 am. The course is flat and fast and is certified by the USATF. Food including gumbo, pizza, hotdogs and of course oysters, along with beverages. The awards ceremony, including door prizes and our Grand Prize of a weekend stay in a 2 bedroom condo at The Caribe Resort in beautiful Orange Beach, will follow.

Registration information can be found at Runsignup.com. Race day registration will be from 6:30 am to 7:30 am at the event. All race packets can be picked up at registration on the day of the event. For further information, email us at Foleyoysterrun@gmail.com.

Posted in Event, Foley | Comments Off on 2019 Oyster Run 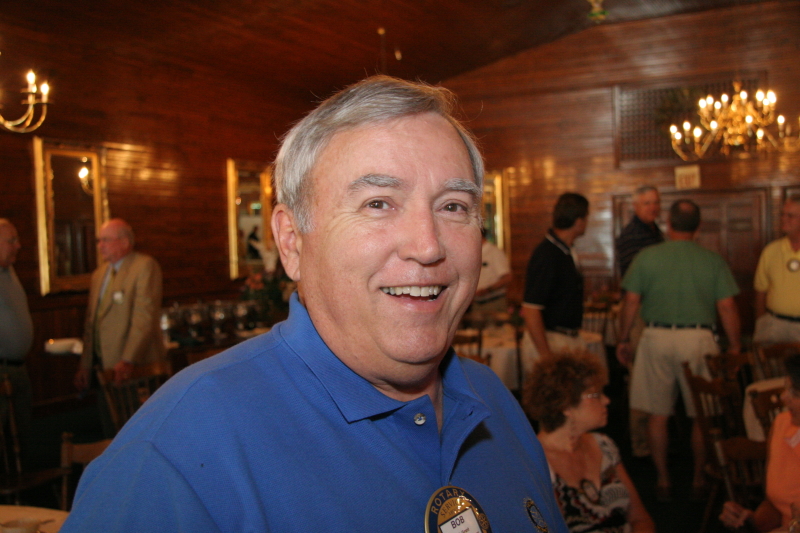 Bob was an Alabama native and a proud graduate of the University of Alabama. Bob served in the Alabama Air National Guard and received an Honorable Discharge as 1st lieutenant. Bob retired in 2002 as a President and Senior Partner in the consulting and human relations firm PMA, Inc. in Atlanta, GA. He was a well-respected leader who had a profound impact on his community.

Bob was a loyal member of the United Methodist Church throughout his life, receiving the Cross & Flame Religious Award as well as the North Georgia UMC Torch Award. He was a devoted Rotarian, and served as the Governor of International Rotary District 6900 in 1985–1986. In addition, Bob was a decorated Eagle Scout and has served the Boy Scouts of America for over 50 years; he was honored with two of the highest awards in Scouting, the Silver Beaver Award and the Distinguished Eagle Scout Award. Bob continued to serve the as the Chairman of the Eagle Review Board for the South Baldwin District. In his prime, Bob was a scratch golfer and played some of the top courses around the world.

Bob is survived by his childhood sweetheart, Amanda Grant, with whom he shares the same birthday. He also has two brothers, Rodrick Earl Grant and Richard Leslie Grant, as well as a sister, Gail Louise Grant.

Bob will be remembered as a loving husband, dedicated Rotarian, loyal Scout, dear friend, and respected professional. To celebrate his life, Pastor Nolan Donald will conduct a service at 11:00 a.m. on Thursday, September 6th at Foley United Methodist Church, 915 North Pine Street in Foley, AL. A one-hour visitation will precede the service.

In lieu of flowers, donations may be made to the Mobile Area Council Boy Scouts via mail at 2587 Government Blvd, Mobile, AL 36606. Donations can also be made via phone at (251)-476-4600, ask for Cary Wilson. Make sure to include “In memory of Bob Grant” and BSA will send an acknowledgment card to Amanda Grant.

Posted in Foley | Comments Off on Obituary for Mr. Robert “Bob” Grant